The Wavestar machine draws energy from wave power with floats that rise and fall with the up and down motion of waves. The floats are attached by arms to a platform that stands on legs secured to the sea floor. The motion of the floats is transferred via hydraulics into the rotation of a generator, producing electricity.

The device installed has only 2 floats with a nominal electrical power of 110 kW and 1000 tonnes. Each float has 5m of diameter and an arm length of 10m. in case of high waves (>3m), the float and arm are raised up, in case of storm, the all platform is coming up. Several major storms have been experience in Hanstholm without damaging the machine due the efficient storm protection system. 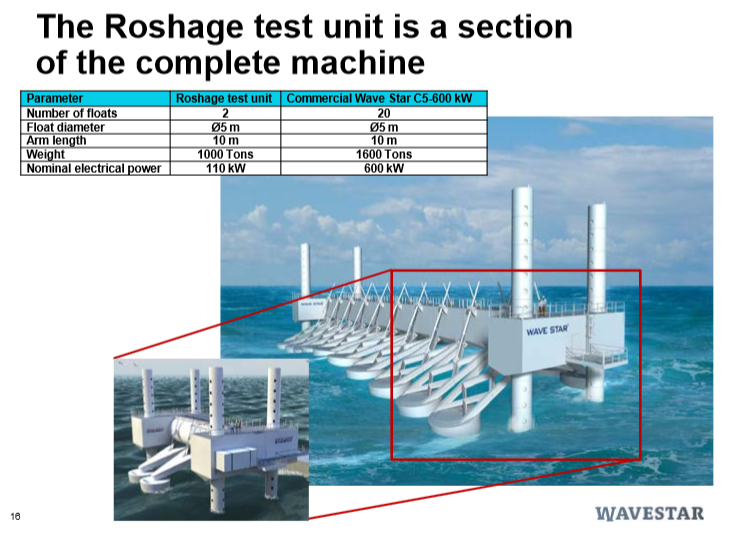 The device was located around 350m off the coast of Hanstholm, between 6-8m depth (8m on front legs, 6m behind).

Wave star has signed a partnership agreement with DONG Energy in Denmark for the test and installation of a complete machine at Horns Rev 2, the goal of the agreement is to analyze the potential of coupling wind and wave at the same location. The machine will be connected to an existing wind turbine in the front of the park. The energy production will be sent to the common distribution network.

In the meantime, Wave Star is working on modifying the machine by adding two more floats of 6m and upgrading the power take-off system. They plan to find a new test site where the wave potential is higher - likely near Hanstholm, but around 1.3km from the shore at a depth of 15m. This means that they will have to increase the length of the legs. They have obtained 50% of the costs from the Danish government, but are currently in the process of seeking the remaining funding.

No environmental monitoring was conducted at this site, though wind and wave information was collected for performance analysis. 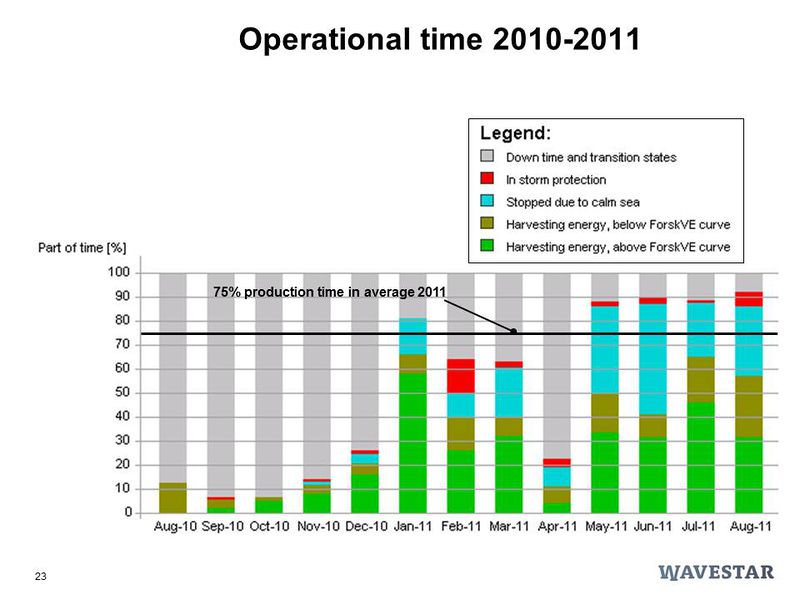 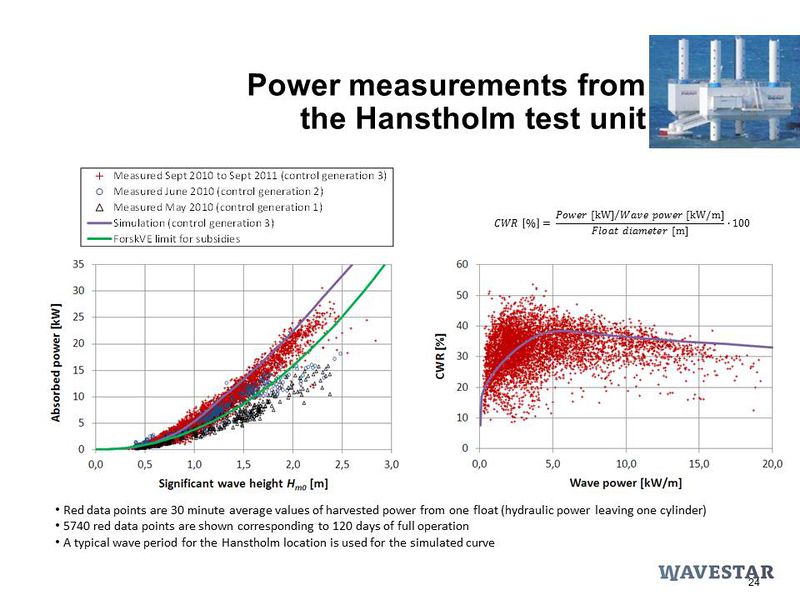