Economic growth, climate change and security of energy supply underscore the global need for locally produced renewable energy. The ocean forms one of the largest yet least explored renewable energy sources on earth. The HiWave-5 project aims at demonstrating breakthrough wave technology that can enable Levelized Cost of Energy (LCOE) competitive with established energy sources in the near future when deployed in moderate volumes. The project’s overall goal is to successfully demonstrate 3rd -party certified Wave Energy Converter (WEC) products that makes wave energy bankable in the market by 2024, allowing end users to secure mainstream infrastructure/renewable energy project finance for pre-commercial arrays. This will be achieved through two stages:

The project partners consider the Aguçadoura site in northern Portugal to be well suited for the demonstrations.

The license process was submitted through DGRM - General-Directorate for Natural Resources, Security and Maritime Services. As an organization DGRM are the single point of contact for marine applications within Portugal, this agency then contacts other relevant national bodies which need to be involved in the consenting process. Successful completion of all steps within the process and the project deemed to meet the requirements to be issued consent and a TUPEM (Permits for Private Use of the National Maritime Space) document was issued by DGRM.

Grid reservation is assured, and production license is obtained for the 1.2MW and will be valid up to 2030.

The project timeline is shown below, CorPower Ocean have taken a five-stage approach to commercializing wave energy, this began with small prototype validation tests at tank test scale, a third scale system test, a half scale device ocean deployment and stage 4 our HiWave-5 full scale ocean demonstration. Following a single device being put into operation stage 5 is to install a further three devices. On completion of the array being validated we will then proceed to install multi megawatt farms on several sites around the world. 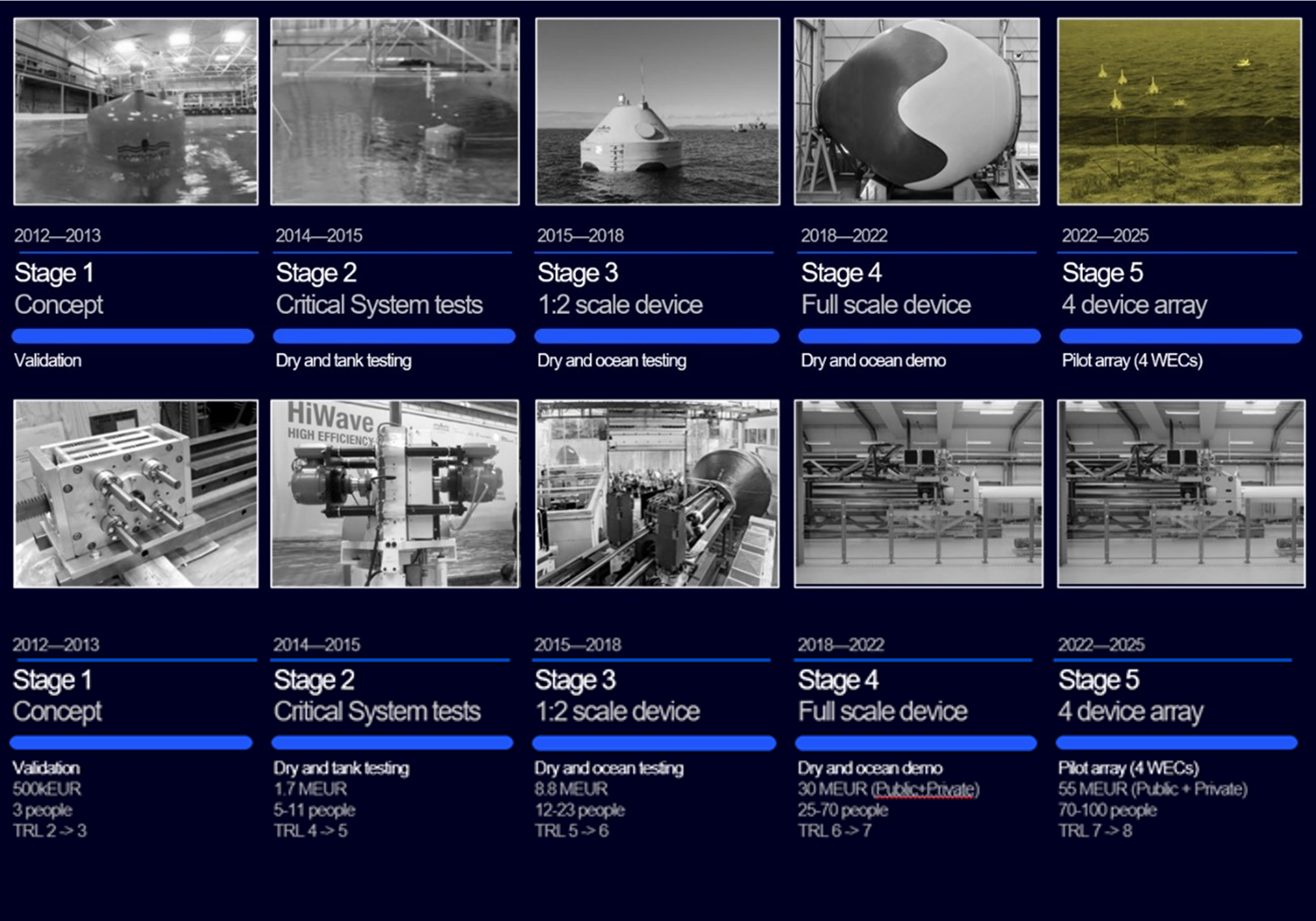 The main environmental issues taking into consideration include but not limited to the following:

The above list are the key areas in which we have reviewed and included within our system design process, our goal is to minimise the impact on the natural environment and the animals within is whilst creating a cost-effective source of clean electrical power.