Global renewable energy usage is on a steep upward trajectory, much of which is being driven by wind and solar. However, because of the variability of these sources, renewables are best implemented across as a diverse combination of resources and geography as possible. Therefore, utilizing a new renewable resource that is completely uncorrelated with wind and solar is clearly of benefit. Wave energy fits this need. Wave energy’s higher level of predictability over longer time scales and its ability to complement existing base load power makes it a preferable resource in many ways.

Australia in particular has a great deal of potential for wave energy, particularly off the southern and western coastlines (Weiss et al. 2018). An Australian unlisted public company called Wave Swell Energy Ltd (WSE) is currently developing a 200 kW wave energy project to demonstrate its state-of-the-art unidirectional Oscillating Water Column (OWC) technology called the UniWave, and to demonstrate the commercial viability of the technology when deployed at large scale. An OWC is a form of artificial blowhole, by which the passing waves enter a hollow chamber, displacing the air above, and driving a turbine which generates electricity. The WSE UniWave technology works on unidirectional air flow, which greatly simplifies the associated air turbine. This results in the turbine being more robust, cheaper, and more efficient. The project, which commenced in March 2019, is located at King Island in Bass Strait, between Tasmania and the Australian mainland, and is tracking on schedule and budget. The 200 kW unit is expected to be operational by June 2020. 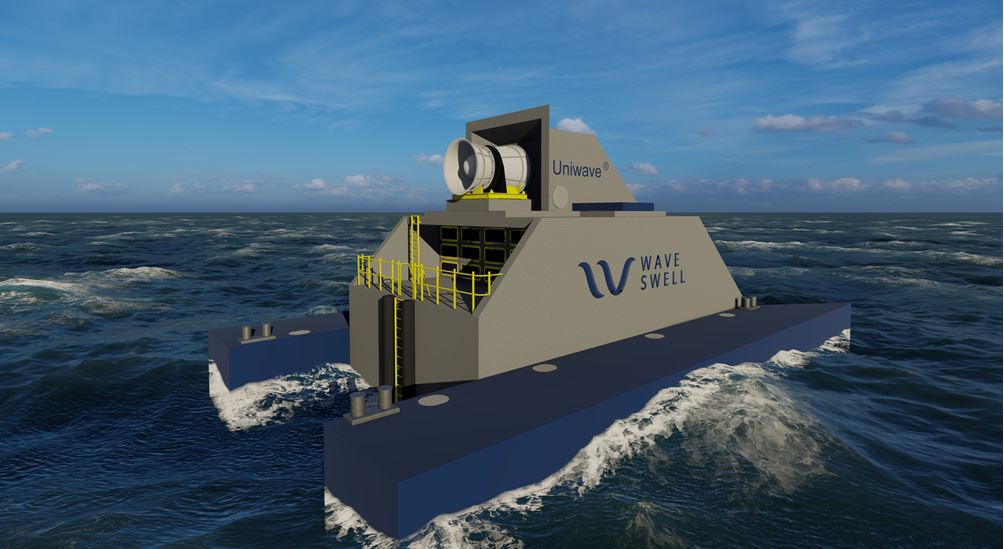 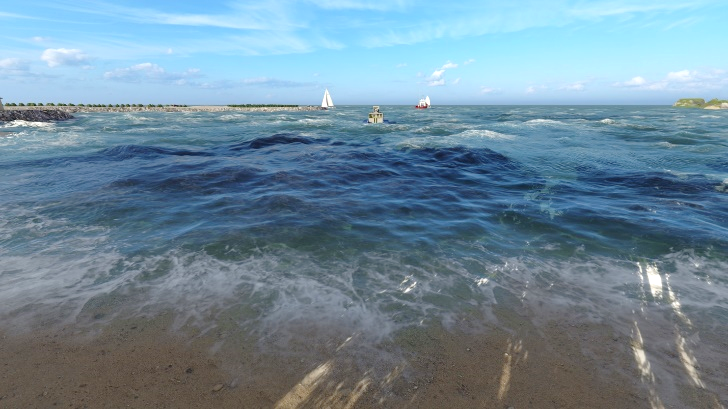 Additionally, the electricity generated by the King Island Project will be delivered into the local grid, operated by Hydro Tasmania, Australia’s largest generator of renewable energy and a world leader in the integration of renewables into small island grids. While the original timeline has been delayed by a slower than expected fundraising process, all other aspects of the project have proceeded smoothly and without major challenges. The King Island hybrid grid will be the first in the world to be powered by three different renewable sources simultaneously – wave, wind, and solar (PV). Hydro Tasmania will independently meter and verify the production of electricity from the WSE unit.

No adverse environmental effects are expected to ensue from the WSE project as the device has no moving parts in the water; no oils, hydraulic fluids, or contaminants; and it will sit on the shallow (5.75 m deep) sandy seabed under its own weight, requiring a small footprint and no anchoring. The local Tasmanian EPA has requested of the King Island plant that underwater noise levels (from the air turbine housed some 7 m above sea level) be monitored using hydrophones at a distance of 100 m to determine any effects on sea mammals and penguins. Baseline assessment tests have measured the turbine at 1 m being 74 dB (similar to a household vacuum cleaner). Underwater noise levels at a distance of 100 m, conducted in the post-installation monitoring, will be far less than this. Preliminary investigations into the permitting and regulatory process that may be required for multiple unit arrays of the WSE technology have, quite naturally, suggested greater investigation. Like most wave projects, the types of information that may be needed include:

1. Changes in wave conditions, resulting in alterations to sediment transport, deposition, and potential impacts to benthic and shoreline ecosystems.

2. Physical impacts from the structures themselves, resulting in alterations of animal movements or migration, impacts to water column ecologies, loss of seabed habitat changes to seabed ecosystems.

3. Disturbances during construction and operation due to noise, visual impact or electromagnetic fields, resulting in changes to animal movements, behavior, or nuisance impacts on human communities in nearby areas.

Wave energy proves itself as a promising technology emerging in the renewable energy industry. The WSE technology used in the King Island Project will play a great role towards a more sustainable future. The UniWave device will be incorporated into Hydro Tasmania’s King Island Renewable Energy Integration Project (KIREIP). The KIREIP will supply over 65% of King Island’s energy needs using renewable energy, reducing carbon dioxide emissions by more than 95% (Australian Renewable Energy Agency). The project also increases awareness in other communities with similar off-grid systems on how renewable energy sources can provide reliable electricity generation, especially when working together. The project stands as the first in the world to concurrently use wave, wind, and solar power to generate electricity, making it a front-runner towards what is about to be a growing industry world-wide.