The beautifully scenic Cork Harbour in the south of Ireland has several geographical and historical claims to fame. It is the second largest natural harbour in the world, in the 1700s it was home to the largest butter market in the world and at the beginning of the twentieth century it was the last stopping point for the Titanic before its ill-fated trip across the Atlantic. For hundreds of thousands of Irish emigrants it was the site of their last moments on their home soil as they set sail in search of a new life to America, Australia, New Zealand and India. The idea of Cork Harbour as a portal to the world has taken on a whole new meaning recently with the emergence of Imerc, Ireland’s maritime cluster. In this context a cluster is defined as a group of economic actors and institutions that are located near each other and have reached sufficient scale to develop specialised expertise, services, resources, suppliers and skills. Established in 2010, Imerc is an emerging cluster that has the ambition to become a global maritime and energy hub. The plan is to have an entire campus built in the harbour by 2025 which has the potential to support up to 3,000 jobs. It has developed in the context of the global economic downturn which hit Ireland particularly hard and forced those in the public sector and education to come up with new ways to generate economic growth from the ground up.

At Imerc it is believed that by working together something great can be delivered. Through working in partnerships, the boundaries of what can be achieved in our relationship with the sea can be pushed, whether that is by harnessing the power of the waves off the coast of Ireland to power our cities, or by creating surveillance systems to discover what is happening over the horizon. This will be achieved by bringing together the world's top researchers, educators and entrepreneurs who will build Ireland’s maritime future. Through collaboration and innovation, Imerc will develop an entire campus in Cork Harbour that will accommodate upwards of 3,000 new jobs. It is creating Ireland's maritime future. 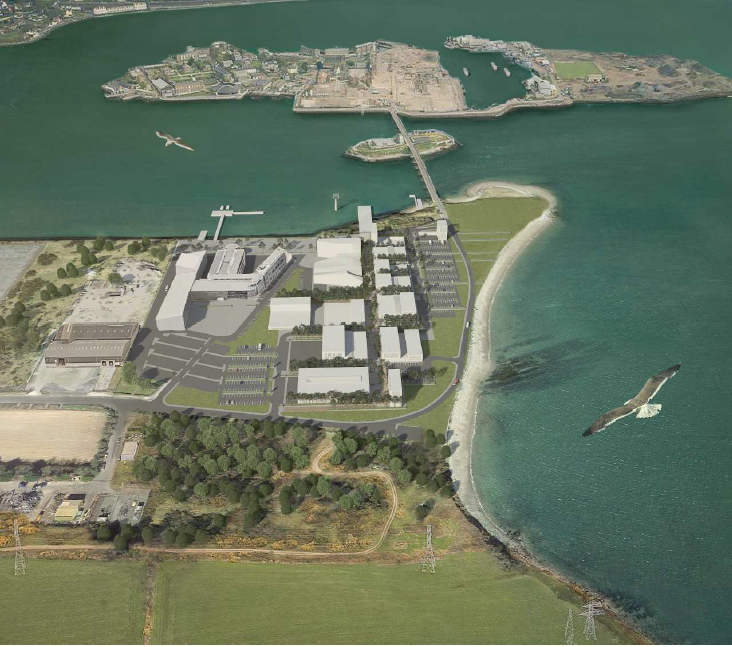 The Imerc campus will be located on the peninsula of Ringaskiddy and the island of Haulbowline in Lower Cork Harbour. The initiative is a strategic collaboration between three Irish public bodies: University College Cork, the Cork Institute of Technology and the Irish Naval Service, working with other national bodies to deliver the Imerc vision. Imerc partners will target global growth areas where market opportunities exist for niche products and services, including: Marine energy; Shipping, logistics & transport; Maritime security & safety; and Yachting products & services.

Imerc is differentiated in the international arena by the multi-dimensional nature of its activities. It blends research, training, commercial and naval activities. The participation of the Irish Naval Service in Imerc is the ‘secret sauce’. The civil military collaboration underway in Imerc is unparalleled in other navies around the world.

Stand-out activities among the Imerc partners are maritime training and marine renewables. University College Cork’s Beaufort Laboratory houses researchers involved in making Ireland’s potential as a global leader in marine renewables a reality through dedicated R&D activities and the industry and academic collaborations enabled by the new established MaREI Centre.

Clusters like Imerc have a really positive effect on the marine energy industry. By facilitating industry engagement with researchers and test bed facilities such as the National Ocean Test Facility we are helping to accelerate the technological developments in the marine energy industry. However, it is not just that. Across the Imerc Campus there exists vast knowledge and expertise across the supply chain which those developing marine renewable devices can tap into. Builders of a wave energy device will still have many questions to answer before they can put it out at sea. For example, what legislation governs deployment of devices at sea, what effect will the device have on sea life, where will they store the device before bringing it out to sea and how will they get it out to sea? By being in a maritime cluster like Imerc, a marine energy device developer or researcher has access to the knowledge to answer these questions on their doorstep and can tap into it at any stage. Imerc actively supports this type of collaboration.

For more information on Imerc contact Martin Wall at comms@imerc.ie